What is evidence and how should we use it?

At Research4Schools (R4S), we believe that education practices should be based on evidence. But what is evidence? The Every Student Succeeds Act (ESSA) considers evidence to be the findings from formal research studies. The law sets standards for what constitutes high-quality evidence, with randomized experiments being the gold standard. However, there are a number of other forms of evidence that schools and districts can rely upon that meet the criteria set forth by ESSA.

How should we use evidence? We conceptualize evidence-use as falling on a continuum that ranges from no or merely anecdotal engagement with research on one end, to deep inclusion of scientific research on the other (see Depth of Research Use in our conceptual framework).  Evidence-use is often defined by the education community as either a) the extent to which schools implement programs based on scientific research (e.g. are implementing a “proven” curriculum), or b) the practice of incorporating evidence, broadly construed, into decision-making processes (Hood, 2003).

While there is value in both perspectives, R4S focuses on the latter, with particular interest in instrumental uses of research—situations in which practitioners can cite specific ways that research evidence was used in decision-making, regardless of where their engagement with research falls on the “depth of use” continuum. Therefore, our definition of what constitutes evidence-use is broad and extends beyond the definitions used in federal guidelines such the No Child Left Behind Act of 2001 (NCLB) and ESSA.

Differences between ESSA and NCLB

States submitting and amending plans to the U.S. Department of Education under ESSA should be aware of important differences between the new law and NCLB regarding how research is defined. Previously, NCLB placed a heavy emphasis on scientifically-based research, indicating only “a preference for random-assignment experiments” in impact evaluations of programs or policies (NCLB, 2001).

When ESSA replaced NCLB in December 2015, it granted states more flexibility in designing and implementing educational evaluations but asserted a clearer desire for the use of programs already proven to be effective. The legislation replaces “scientifically-based” with “evidence-based” programs, defined as any “activity, strategy, or intervention that shows a statistically significant effect on improving student outcomes or other relevant outcomes” (ESSA, 2015). Unlike NCLB, ESSA uses a tiered system to order the rigor of the research, with Tier 1 being most rigorous:

With this guidance, the burden of determining the quality of evidence now largely falls on schools and districts.

ESSA affords a unique opportunity to rethink how states have approached education reform and accountability in the past. It is an opportunity to transform programs, to plan for sustainable and equitable change, and to capitalize on all of the assets that schools, districts, community organizations, and institutions of higher education have to offer. Together with the University of Delaware Partnership for Public Education (PPE), R4S offers the following recommendations to states for incorporating evidence-based research into their ESSA plans.

A central feature of ESSA is its emphasis on tiers of evidence underlying local education agency (LEA) improvement plans. In response to the need for criteria to evaluate the underlying evidence, we recommend first that the state department of education assemble an advisory board that includes experts in evaluating and/or implementing evidence-based interventions to build local and state capacity for, and support meaningful implementation of, ESSA provisions related to evaluating and improving LEA plans.

Throughout each section of a state’s plan, formative and summative evaluation—coupled with strategies for piloting and scaling up—are essential ingredients in comprehensive improvement and should be required components of all local and state initiatives. This will require additional capacity but is necessary for meaningful improvement. States should look to their institutions of higher education to play a leading, constructive role in conducting such studies. 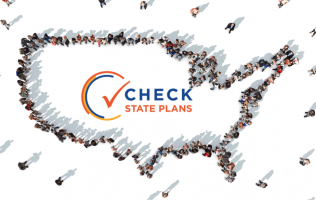 Check State Plans | Website
Under the Every Student Succeeds Act (ESSA), states have been given a unique and important opportunity to shape and customize a plan that advances educational opportunities in bold and innovative ways for all students. END_OF_DOCUMENT_TOKEN_TO_BE_REPLACED 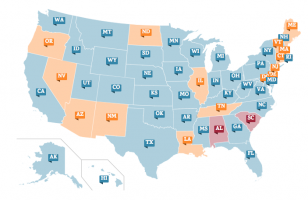 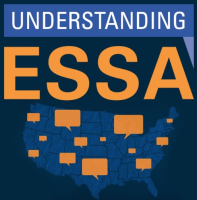 Understanding ESSA | Website
In December of 2015, the Every Student Succeeds Act (ESSA) was signed into federal law. ESSA, a reauthorization of the Elementary and Secondary Education Act, made substantial changes to the previous iteration of the law, known as No Child Left Behind (NCLB). END_OF_DOCUMENT_TOKEN_TO_BE_REPLACED 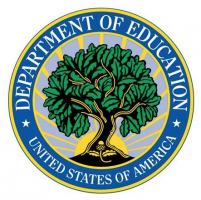 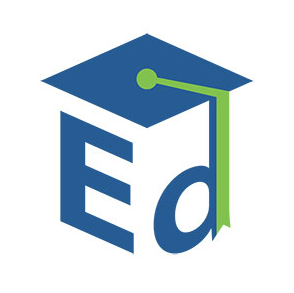 Overview of Every Student Succeeds Act